Thanks to the efforts of those leading the EndoMarch movement, endometriosis is now being recognized as one of the most potentially excruciating & destructive medical conditions on record, which affects an estimated 1 in 10 women, girls, and gender diverse individuals around the world. That’s about as prevalent as diabetes in women and works out to roughly 8-9 million sufferers in the U.S., and approximately 200 million worldwide. 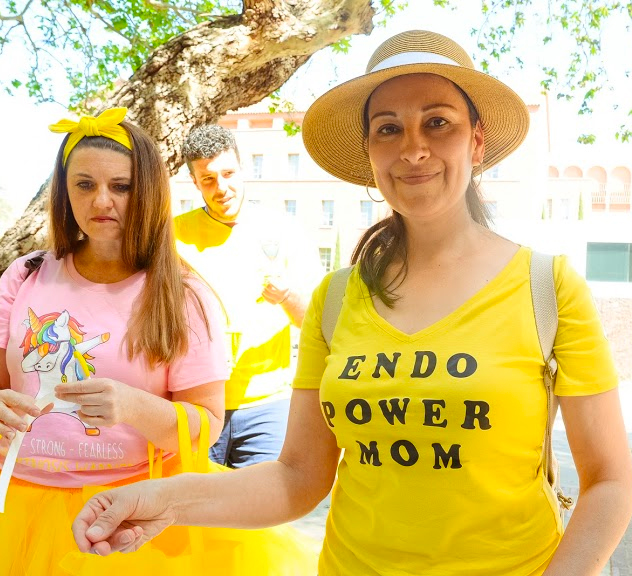 Those afflicted with endometriosis can face a lifetime of severe disability & symptoms throughout the entire body, including incapacitating pain, organ failure, several repeat surgeries, infertility, increased risk for cardiovascular disease, increased risk for certain cancers, immune & endocrinological dysfunction, kidney failure, and damage to multiple organs and tissues, including the bowel, bladder, ureters, diaphragm, muscles, musculoskeletal structures, nerves, ligaments, lungs, and liver. Due to the potential for such widespread, severe chronic symptoms, endometriosis is also one of the leading causes of school absences in teen & pre-teen girls.

Despite such alarming statistics, endometriosis receives only pennies on the dollar in federally-funded spending for research and public health awareness campaigns.

As a result of decades of under-funding & lack of awareness, those afflicted with endometriosis continue to receive grossly inadequate or inappropriate medical care that includes multiple failed treatments that don’t work and/or cause severe injury from severe adverse side effects. The potential for significant harm is compounded further when you factor in diagnostic delays averaging 6-10 years or longer. Some have even gone 20-40 years without a proper diagnosis.

A disease that’s been described as more painful than childbirth labor, that’s one of the leading causes of gynecologic hospitalization, and is nearly as prevalent as diabetes in women shouldn’t be a mystery to the medical community and shouldn’t take up to 10 years or longer to diagnose.

We EndoMarch because 200 million women, girls, and gender diverse individuals with endometriosis demand and deserve better.

The decades-long failure of modern medicine to adequately diagnose and treat the prevalent, chronic disease in women and girls has caused harm, including preventable disease progression, lost fertility, permanent damage to multiple organs, and a lifetime of lost opportunities to pursue career, educational, and family goals.

This is why each year on “EndoMarch Day” you’ll see thousands of endometriosis advocates organizing awareness events across the U.S. and in 50+ countries around the world, to get the word out that endometriosis is a whole-body, chronic inflammatory disease that can potentially cause body-wide incapacitating pain, compromised fertility, and serious, multi-organ damage in women, girls, and gender diverse people.

Join the global EndoMarch movement so that, together, we can be the generation that finally puts an end to centuries of silence, suffering, and shame.