Join us for ep. 3 of Endo Explained: Ask the Experts taking place on Saturday, June 27th at 10am PST/1pm EST!

This month, we’ll be covering all of your questions on bowel endometriosis. 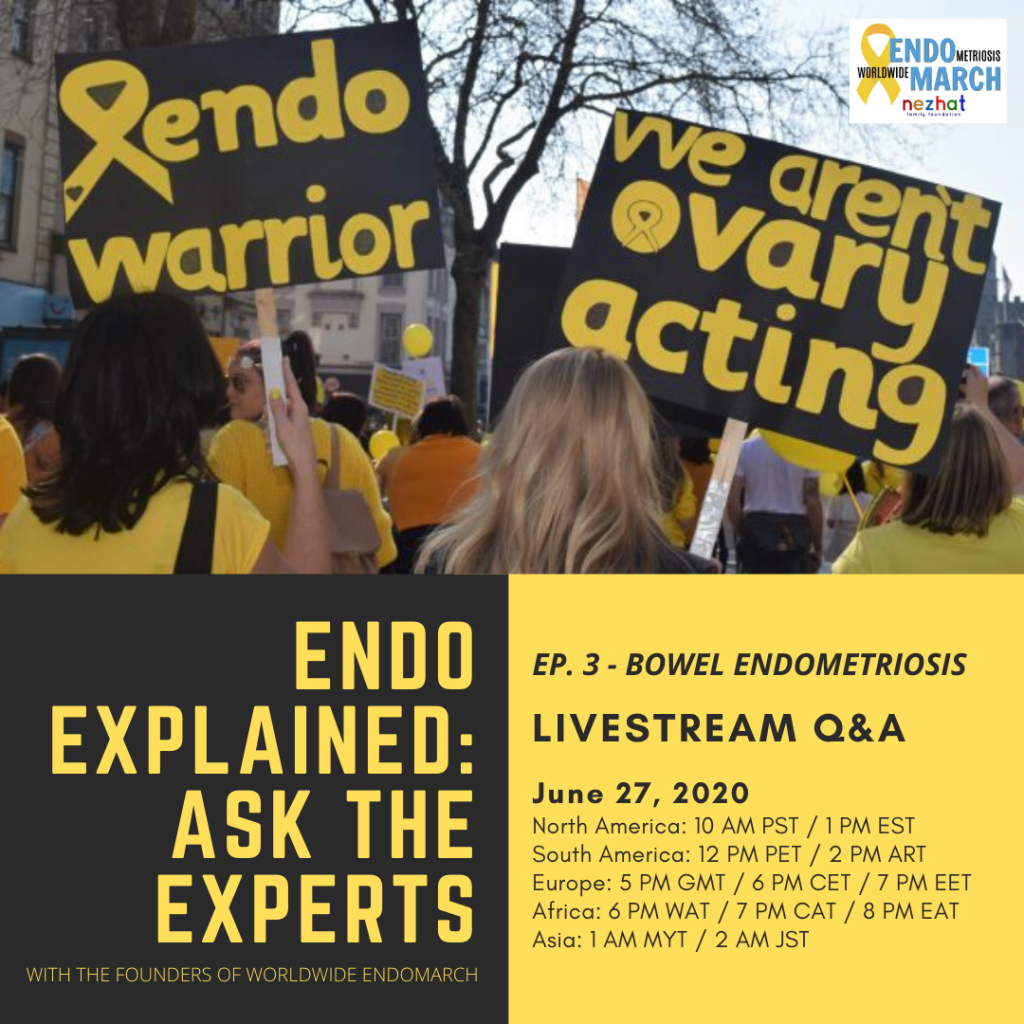 This month our panel of bowel endometriosis experts will include: 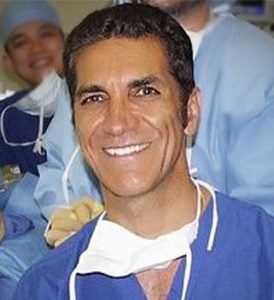 Camran Nezhat, M.D. has been called the father of modern-day surgery for inventing and pioneering video surgery.(1-10) His developments have revolutionized surgery and gradually have replaced laparotomy. He and his team have been the first to perform many of the most advanced laparoscopic surgical procedures with and without robotic-arm assistance.(1-56) Early on he advocated (11,12) and proved that the majority of the open procedures of the time could be performed via videolaparoscopy. (1-56) By doing so, he opened the door for surgeons all over the world to advance the field of minimally invasive surgery and help their patients. (1-53)

In the 1990’s he collaborated with robotic pioneers Ajit Shah and Phil Green on development of the daVinci Robot (52) and has innovated many of its applications. (13, 50-55) Following the pioneering work in video-laparoscopy, Camran Nezhat and his collaborators have been credited with performing the following procedures for the first time in surgical history:

The pioneering work above, along with his other innovations, like vessel sealing and cutting devices, suction irrigation instruments, surgical lasers, safe abdominal entry techniques, robotics, etc., serve millions of patients around the world. He has more than 30 patents for his various inventions and developments.

He is the author of eight textbooks and several hundred peer reviewed articles and book chapters. He has trained many physicians around the world who have become pillars of their communities. He started teaching postgraduate courses in 1982 and continues to teach and share his knowledge with medical professionals internationally. He has had teaching and leadership roles at many different societies and universities around the world.

In 2014, Camran Nezhat in collaboration with Society of Laparoscopic and Robotic Surgeons, started the first “Endometriosis Specialist” Subspecialty in Minimally Invasive and Robotic Surgery Fellowship, embracing a multidisciplinary approach. He is the Founder of Worldwide Endometriosis March (EndoMarch), a global grassroots movement with the mission of raising awareness about endometriosis and finding noninvasive diagnostic testing, and ultimately, prevention and treatment (www.endomarch.org). More than sixty countries are involved in this movement. He is the recipient of many awards. He has been involved in research, teaching, innovating and philanthropic activities while in private practice throughout his professional life. His biggest love is to take care of his patients. 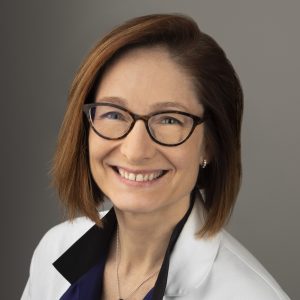 Louise P. King, MD, JD, is an Assistant Professor of Obstetrics, Gynecology and Reproductive Biology at Harvard Medical School and a Surgeon within the Division of Minimally Invasive Gynecologic Surgery at Beth Israel Deaconess Medical Center. Dr. King completed her juris doctorate at Tulane Law School before attending medical school at University of Texas Southwestern Medical Center. She completed her residency in obstetrics and gynecology at Parkland Hospital in Dallas Texas and her fellowship in Minimally Invasive Surgery with Dr. Camran Nezhat at Stanford University. Her areas of interest in medical ethics focus on questions of informed decision making and assisted reproduction.

Professor M NISOLLE was graduated doctor in medicine, surgery and deliveries in 1983 and obtained her Ph.D Thesis in 1996 on the topic of endometriosis.
She is presently Professor of Gynaecology at the University of Liege in Belgium and head of the university department of Obstetrics and Gynaecology at the “Hôpital de la Citadelle” in Liege.

She is especially involved in endoscopic surgery and also in robotic surgery for benign conditions. She is also involved in the surgical teaching of fellows.

She is the academic secretary at the board of the Group of Gynecologists Obstetricians of French Language of Belgium (GGOLFB). She is a faculty member of the European Society of Human Reproduction and Embryology (ESHRE) and a member of the Steering Committee for the Special Interest Group Endometriosis/Endometrium (Deputy for Endometriosis). She is chairwoman of the Special Interest Group “Reproductive Surgery” at the European Society for Gynaecological Endoscopy (ESGE).

She is also a member of many international societies and reviewer of several International Journals. Her research is focused primarily on endometriosis and in particular on the physiopathogenesis of endometriosis. The second theme of her research concerns the ovarian cryopreservation.
She has created, with the help of STORZ Company, the Endoscopic Training Centre (ETCL) at the University of Liege in order to allow the continuous training of fellows in obstetrics and gynecology, and to facilitate courses on cadavers.
She is author and co‐author of 130 chapters of Books, 207 publications in national and international Journals. 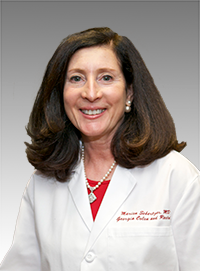 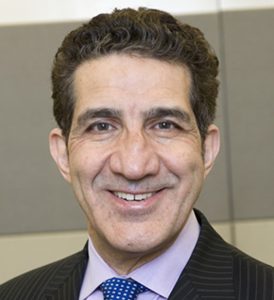 Dr. Farr Nezhat, a board-certified gynecologic oncologist and Medical Director of Nezhat Surgery for Gynecology/Oncology, is a pioneer and leading authority in the minimally invasive surgical treatment of malignant and benign gynecologic pathologies. He welcomes patients at two locations: New York, New York, on the upper east side of Manhattan, and Valley Stream, New York, in Nassau County, Long Island.

His medical practice is a referral center for patients seeking treatment for gynecological cancers and complex benign conditions. His expertise lies in treating ovarian, uterine and cervical cancers; as well as severe and multi-organ endometriosis, pelvic masses, ovarian cysts and uterine fibroids.

He is a clinical professor of obstetrics and gynecology who contributes prolifically to the scientific and medical literature, a frequent director of postgraduate courses, and a regularly invited faculty member at professional societies and congresses. His research and educational endeavors have earned him worldwide recognition. 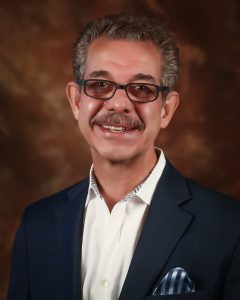 Ceana Nezhat, MD is a world renowned gynecological surgeon and medical director of Nezhat Medical Center, Medical Director of Education & Training and Director of Minimally Invasive Surgery & Robotics at Northside Hospital in Atlanta, Georgia, Adjunct Professor of Gynecology and Obstetrics at Emory University School of Medicine, and Editor in Chief of the Atlanta Medicine journal. He has developed techniques and refined instrumentation for minimally invasive surgical treatment of severe and multi organ endometriosis, infertility, and urologic and pelvic reconstruction. Dr. Nezhat offers patients decades of gynecological expertise, both surgically, as well as the management and treatment of hormone therapy and reproductive medicine. Dr. Nezhat’s innovative research and educational outreach have earned him prestigious honors and recognition from independent medical associations internationally. Dr. Nezhat has coauthored several textbooks and over 100 book chapters and articles. He is a member of many distinguished societies, reviewer for several academic journals, and advisor to teaching organizations. 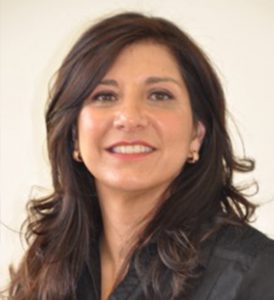 Dr. Azadeh Nezhat is co-director of the Center for Special Minimally Invasive and Robotic Surgery and performs surgery at the Stanford University Medical Center, in Palo Alto, California. She graduated with a Bachelor’s Degree from Georgia Institute of Technology, received her Doctorate from the Medical College of Georgia, and then completed her Residency from the University of Illinois, Chicago. Before joining Dr. Camran Nezhat, she spent 11 successful years practicing Obstetrics and Gynecology as a Partner of Roswell OB/GYN, an affiliate of Atlanta Women’s Health Group, on which she is a Board member. Her special interest is endometriosis and myoma of the uterus, using minimally invasive and robotic techniques. She also has a special interest regarding the effects of endometriosis in young girls. She is also the co-founder of the Worldwide Endometriosis March and Endometriosis day.

16) Nezhat C, Videolaseroscopy: a new modality for the treatment of diseases of the reproductive organs. Colposc Gynecol Laser Surg 1986; 2: 221 – 224

39) Nezhat C, Nezhat F, Green B. Laparoscopic treatment of obstructed ureter due to endometriosis by resection and ureteroureterostomy. A case report. J Urol. 1992;148:865–868.

Some other early reports, by Drs. Camran, Farr, and Ceana Nezhat, in peer reviewed journals