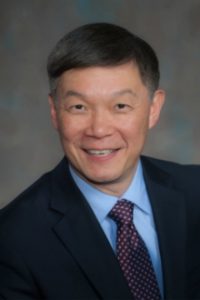 Congratulations to Dr. Robert Wah, the esteemed recipient of the 2016 Endo Hero of the Year award, whom we are recognizing for his lifetime devotion and outstanding support of patients with endometriosis.

Robert M. Wah, M.D. is Past President of the American Medical Association and a reproductive endocrinologist and OBGYN in McLean, VA. He served more than 23 years on active duty as a captain in the U.S. Navy Medical Corps. A nationally recognized expert in health information technology, he was the first deputy national coordinator in the Office of the National Coordinator for Health Information Technology (ONC), U.S. Department of Health and Human Services (HHS), working to advance the president’s executive order to have electronic medical records for most Americans by 2014.  Dr. Wah now practices and teaches at the Walter Reed National Military Medical Center in Bethesda, Md., and the National Institutes of Health. He also serves as chief medical officer for Computer Sciences Corporation.

Dr. Robert Wah is an original Advisory Board Member of Worldwide EndoMarch, and one of the strongest supporters of patients with endometriosis. Congratulations, Dr. Robert Wah!